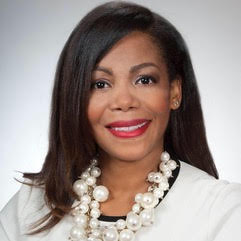 The Columbus/Central Ohio Building and Construction Trades Council proudly endorses the re-election bid of Erica Crawley in the 26th District.

Born and raised in Youngstown, she is a proud veteran of the U.S. Navy, who was awarded the National Defense Service Medal and the Navy and Marine Corps Achievement Medal for her dedication and professionalism while providing continuous feet support of two carrier battle groups, four amphibious ready groups and numerous auxiliary steaming units during Operation Iraqi Freedom.

A first-generation college graduate, she obtained her bachelor’s in criminology with a focus on juvenile delinquency from Cleveland State University. She also holds a master’s degree in public administration from Walden University. Rep. Crawley spent many years working with organizations, advocating on behalf of children and families with the Cuyahoga County Job and Family Services, YMCA Head Start/Early Head Start Program, Court Appointed Special Advocates for Children (CASA) and the Black Child Development Institute – Atlanta Affiliate.

She earned her Juris Doctorate from Capital University in 2017 and a year later, was elected to serve the residents of the 26th House District.

During her time in office, she has worked to ensure men and women can strive to can live a middle class lifestyle and retire with dignity.

“I know first-hand the impact that financial security, healthcare and retirement benefits can have on peoples lives,” she said. “I will continue to advocate for pathways through educational and community based opportunities to showcase the opportunities the trades provide to our neighborhoods.”

“Representative Crawley has done a tremendous job in her first term representing her district and the state of Ohio. As a veteran, her commitment to service for our country is mirrored by her commitment to her constituents. She shares the working class values of the building trades and our members and we are proud to endorse her.”