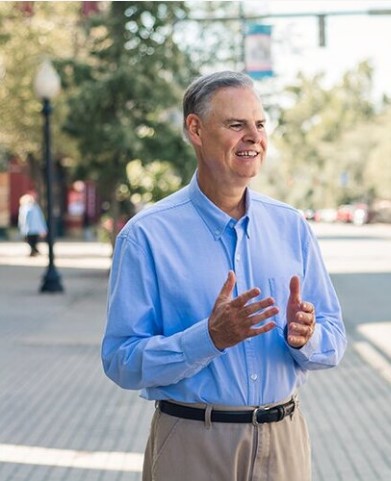 “I am humbled to be recognized by my peers and I look forward to representing the citizens of the 92nd district,” Johnson said.

Johnson is currently the Business Manager for the Tri-State Building and Construction Trades Council.

Prior to becoming Business Manager, he completed the United Brotherhood of Carpenters JATC Apprenticeship Training Program, finishing their four-year accredited training with honors.

Johnson worked as both a journeyman commercial carpenter and later as a project superintendent for a large Columbus-area contractor, where he remained for 17 years. He has experience on numerous projects throughout central and southern Ohio.

He also spent 10 years as the Business Representative for UBC Local 437.

Johnson is a member of the Knights of Columbus and the Rotary Club. He was appointed to the Ohio Department of Transportation’s Ohio Rail Development Commission, which is the agency that oversees railroad improvement projects. He is also a Board Member of the Ohio Consumers Council.

“I care about the people of our communities, and I will be a strong voice in Columbus to improve opportunities within the 92nd district,” said Johnson.

“As head of the Tri-State Building Trades, Mark knows firsthand what our members do every day to provide for themselves and their families,” said Dorsey Hager, Executive Secretary-Treasurer of the Columbus/Central Ohio Building and Construction Trades Council. “He is one of us, who will work just as hard every day for his constituents of the 92nd District as he does for his members.

“His experience will help him bring a wealth of knowledge to the Statehouse on apprenticeship, workforce development, healthcare and pensions, which will have a direct benefit to the middle class. We are proud and honored to endorse Mark Johnson in his election to represent the 92nd District of Ohio,” added Hager.