An Aug. 19 Columbus City Council Rules and Reference Committee meeting discussed Council’s desire to create a new review board to ensure businesses – especially those within the construction industry – are not committing wage theft or payroll fraud. 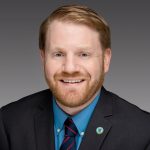 Dorans, who also works as Chief Legal Counsel for the Affiliated Construction Trades (ACT) Ohio, also discussed payroll fraud, which occurs when a business conceals its true tax liability or other financial liability to a government agency by misclassifying employees or paying for business transactions in cash, without keeping appropriate records.

Among other penalties, a business found to be committing wage theft or payroll fraud may face debarment from future contracts with the City; stop work orders; denial, suspension or revocation of building permits, commercial licenses and business permits; forfeiture or reduction of tax abatement; loss of tax incentives or tax credits; and referral to local, state and federal authorities for investigation, further legal action and prosecution.

The ordinance only addresses wage theft issues related to city contracts, projects and economic incentive packages. It does not address wage theft or worker misclassification in the private sector. It will require employers who use independent contractors on city contracts and construction sites covered by incentive agreements to provide the city with information to confirm the workers are properly classified.

If passed, the ordinance will prohibit employers working under city contract, financial incentives, permits, licenses and other benefits from employing subcontractors, who have violated state or federal wage and hour laws in the past four years.

Each month, the city intends to publish a list of those employers who should not be utilized as subcontractors.

“The intent of this legislation is to take a meaningful step forward as a city to push back on this type of abuse within our community,” Dorans said.

Columbus/Central Ohio Building and Construction Trades Council Executive Secretary-Treasurer Dorsey Hager told the committee he believes the effort will benefit contractors that follow the rules – both union and nonunion.

“Our organizers and businesses representatives visit many jobsites and they are approached by countless workers in the community who are suffering from wage theft – many of whom live in Columbus,” he said. “Many do not have the financial resources to defend themselves and are some of the city’s most vulnerable – the working poor – who are being taken advantage of by ruthless contractors.”

“This legislation is good for the workforce, the law-abiding contractor, the city treasurer and the City of Columbus,” he added.

During the meeting a representative of the Associated Builders and Contractors Central Ohio Chapter, warned the City Council that if the legislation passes, it will immediately lead to costly litigation.

Council is set to vote on the ordinance on Sept. 14.