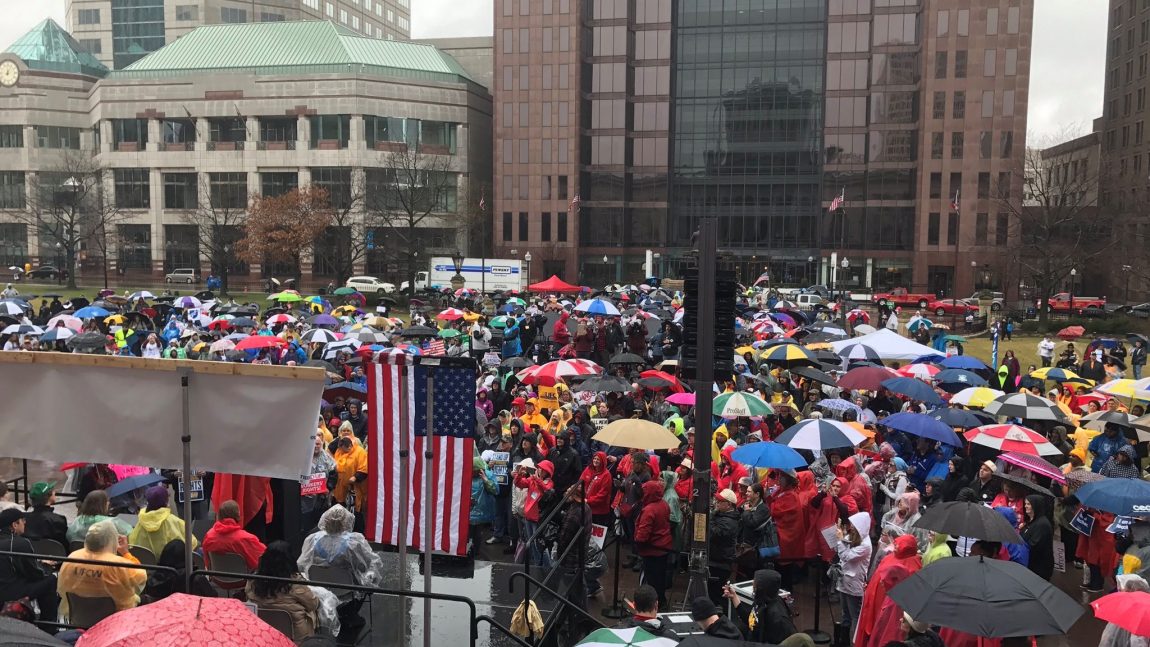 Two days before the United States Supreme Court began hearing a landmark labor case, around 3,000 union members, including an estimated 100 members of the building trades, gathered at noon in the rain outside the Ohio Statehouse for the Working People’s Day of Action Rally.

The rallies, which were held nationwide in different cities (San Diego; Washington, D.C.; Miami; Detroit; St. Paul, Minn.; New York; Philadelphia; Memphis, Tenn. and Chicago), were a way for union members to speak up and fight for the freedom to come together to support strong unions, equitable pay, affordable health care, quality schools, vibrant communities and a secure future.

Occurring days before the Supreme Court heard oral arguments in Janus vs. ASFCME, event speakers told the crowd they must unite and defend one of the last institutions in the U.S. that advocates for working and middle class people.

The rally was a warning to special interests that the unions are not going to roll over and give away rights they have earned through collective bargaining.

At stake in the Janus case is public sector So-Called “Right to Work” laws, which will ultimately be decided by a court with a conservative majority. The court will determine whether non-union members should pay “fair share” fees for union representation at the bargaining table.

A verdict in favor of Janus would open the door for So-Called “Right to Work” laws to be enacted nationwide in the public sector.

This ruling would likely lead to additional court cases in an attempt to enact So-Called “Right to Work” nationwide in the private sector.

Rob Dorans, Legal Counsel for Affiliated Construction Trades (ACT) Ohio, attended the rally and said building trades members should be concerned about the outcome of this case.

“While the outcome of the Janus case will not have legal consequences for building trades members, it should concern them,” said Dorans. “This is yet another, in a long line of attacks against organized labor as an institution. A win in the Janus case will likely further embolden right wing corporate business interest that see all unions as an impediment to unlimited profits on the backs of workers.”