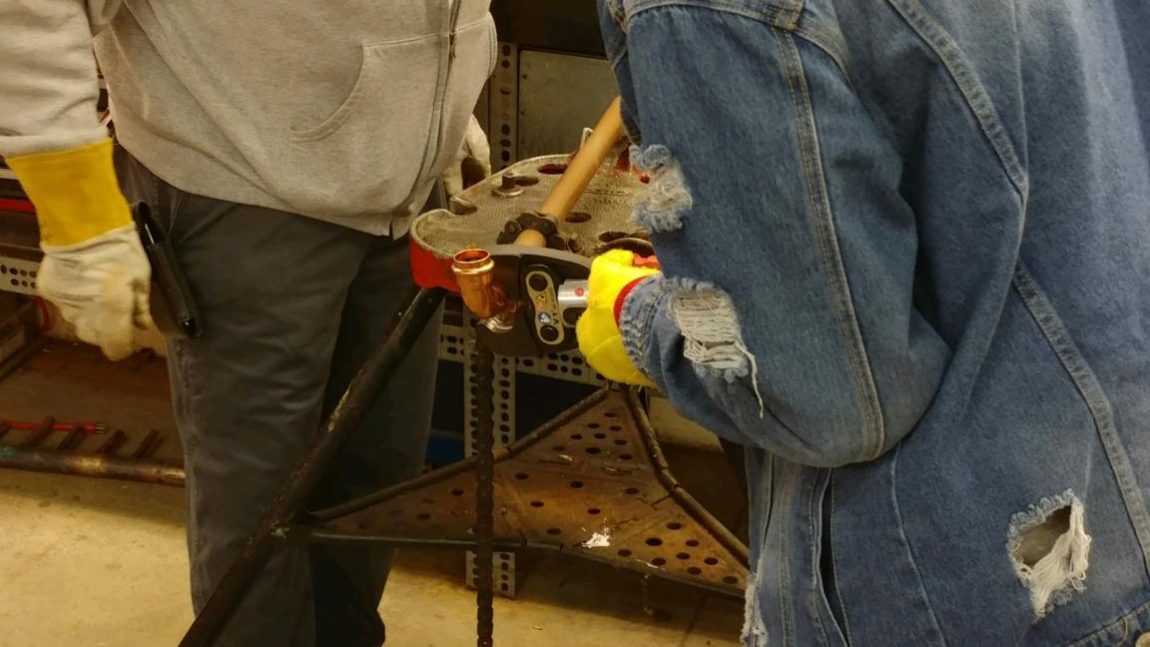 Thanks to H.B. 98, representatives from the building trades will be guaranteed at least two opportunities per school year to present information in person to high school students individually or in a group setting. The legislation says schools must provide their students with the opportunity to speak in person with a representative.

Not all students can afford to go to college and the opportunity to earn and learn through a building trades apprenticeship offers students the ability to begin an in-demand career and avoid massive college debt.

Plumbers, Pipefitters and Service Technicians Local 189 Training Director Rich Manley called the bill fantastic and thinks it will help him get in front of more students who like to work with their hands, and talk to them about opportunities in the building trades.

“It’s another tool in the recruitment toolbox,” Manley said.

Insulators Local 50 Training Director Kenny Craft said he and his fellow training directors combine forces to visit more than 30 career fairs a year in the central Ohio and Dayton area. While he has not been denied access to recruit students, he thinks this law will help in the areas where the trades have been denied access.

Craft said it is important to also remember that there needs to be dialog with teachers too. He said that teachers are often surprised to hear about what a building trades apprenticeship can offer their students.

One area Craft hoped the legislation would address is funding. Craft said one of the problems facing the trades when they recruit in inner-city schools is the lack of a driver’s education class.