The Future is Being Built by Women in Construction

The first image of a construction worker that probably comes to mind is a big, burly man. However, women in organized labor are changing the way people perceive construction workers. When little girls look at who is providing the labor on projects such as the Crew Stadium and the Franklin County Jail, they will see women who look just like them. Since March is Women’s History Month, and March 7-14 was National Women in Construction week, it’s important to discuss the large impact female construction workers have made in Ohio and across the country. 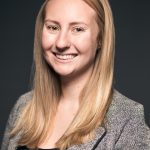 Some of the first documentation of women working as laborers dates as far back as 13th century Spain.  However, women in the construction field was still taboo for the next several centuries, as construction was seen as physically hard work that women were incapable of performing.  There was also a fear that women would neglect their household duties. Unfortunately, for working women everywhere, this misconception was held in nearly all fields.

World War II was the first time women in America had the opportunity to step up and demonstrate they were capable of holding jobs traditionally reserved for men.  Women became highly skilled in the fields of welding, ironworking, machine operating, and electrical engineering.  Nevertheless, it was not until 1979 during the construction of Trump Tower that Barbara Res became the first woman to ever oversee a skyscraper construction project from start to finish.

There is no doubt that the women who work in the construction industry today can thank the brave women who came before them for breaking barriers and often going on sites where they experienced sexism, harassment, and misogyny.

Despite their efforts, the industry still has room for growth.  Currently, only 10.3 percent of those who work in the construction trades are women and only 44 of the top 100 construction firms have women in executive positions. Be that as it may, construction jobs offer distinct economic benefits for women. Right now, the pay gap in the construction industry is one of the lowest in the United States, with women making 95 percent of the wages that their male counterparts earn.

One cannot talk about the role of women in the construction field without discussing the role of organized labor.  Women represented by labor unions, such as those that compose the Columbus/Central Ohio Building and Construction Trades Council, earn 30.9% more per week than their non-union counterparts. The union advantage is even bigger amongst minority women in organized labor as the make 42.1% more than their non-union counterparts.

Women in labor have played a strong role in advocating for policies that help all workers such as equal pay for equal work, paid family and medical leave, family healthcare, and childcare subsidies.

Labor unions have also advocated strongly for community benefit agreements that promote more diverse workforces that come from the area in which the project is being constructed.

We strive to create a world where little girls everywhere will have hard hats and safety vests in their dress up boxes in addition to their princess gowns and tiaras. The role of women in the construction trades has grown exponentially and we hope to continue to see and expand upon that growth in the future. If you, or someone you know, is interested in learning about our tuition free apprenticeship programs, or the direct path to the middle class a career in construction can create, please contact the Central Ohio Building and Construction Trades Council or call us at 614-221-7171.