The award, called the Skilled Trades Labor Award, will be handed out to residents who wish to join a registered apprenticeship program. 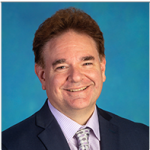 Although the award is in its first year, Councilman Berry believes it is a great investment in his constituents.

“Where you incentivize is at the local level, not at the federal level,” he said. “This is the best $2,000 a city can spend on its residents.”

Each recipient of the award is granted up to $2,100, which can be used to pay for tuition, books, tools or transportation.

Both Berry and Hager believe the award will eliminate some of the barriers faced by those who wish to secure a good paying job in the building trades.

A registered building trades apprenticeship program is the perfect way to start a lifelong career. Without taking on thousands of dollars of student debt, those who pursue a career in the building trades earn a livable wage with great benefits.

The Skilled Trades Labor Award is not the only award Berry has created for the people of Grove City. He has spearheaded other grants and scholarships in the city to benefit Grove City residents.