For the second time in the last 15 years, Ohio’s unemployment fund will become insolvent soon, as state lawmakers have been unable to agree how to adequately raise the revenue needed to keep the fund solvent.

Any legislative attempt to fix the issue through a decrease in benefits could have a significant impact on the union construction industry, as many building trades members rely on this fund to help make ends meet when jobs are shut down due to construction down cycles or inclement weather. Any reduction in the amount of benefits provided could be devastating. 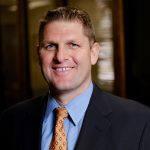 ACT Ohio Executive Director Matt Szollosi represented the construction industry on the task force process in 2016, when a major unemployment compensation reform package was being pushed by then-Speaker Cliff Rosenberger. Lately, he has made it a priority to discuss with elected officials the benefits necessary to help sustain workers and their families in times of need.

Szollosi wanted to reassure members of the building trades benefits will be paid out even after the fund becomes insolvent.

“All the states have access to very low-interest funding through the federal government to ensure all benefits will be paid,” he said.

Additionally, Szollosi said given the state of the COVID-19 crisis, he does not foresee any cuts to workers’ benefits, nor any increases to employer premiums.

By mid-May, more than 1 million Ohioans were unemployed and relied on the state’s unemployment fund to make ends meet. While the number of unemployed has slightly decreased as the state slowly reopens, the fund is still on pace to go broke soon.

“More claims were filed in the last month than in the last two years,” Ohio Lt. Gov. Jon Husted said during an April 15 press conference.

“Without federal assistance, the unemployment compensation will be insolvent somewhere in June. The one thing I want to reassure folks on is that does not mean you’re going to lose your benefits,” he added.

Since the end of the Great Recession, state legislators have worked to resolve the fund’s revenue shortage, but they could not agree on a solution.

“Unemployment compensation has been a contentious issue in Columbus for decades,” said Szollosi. “Employers are trying to save money and labor organizations are fighting for their members.”

Over the past five years, various proposals were discussed to reach a solvency threshold, which would presumably be enough to withstand most economic downturns.

One set of proposals took benefits away from unemployed workers by cutting-long term benefits, reducing the amount of benefits, limiting who would be eligible and taxing workers.

Other proposals target businesses by making them increase the employer contributions.

“It is critically important to realize our partner-contractors pay more into the fund through their premiums than most employers,” said Szollosi. “Due to the cyclical nature of the construction industry, there are ebbs and flows with regard to the need for manpower and construction is closely tied to the economy.”