The action – inserted into President Biden’s $1.9 trillion COVID-19 stimulus package – should allow many union pensioners, and others who are approaching retirement age, to rest a bit easier knowing their plans are fully funded for the next 30 years.

Multiemployer pension plans are created through an agreement between two or more employers and a union. The employers are usually in the same or related industries, like construction or transportation. Multiemployer plans are run by a board of trustees, with an equal number of employer and union trustees.

The provision inserted into the American Rescue Plan was an updated version of the Butch Lewis Act, originally introduced in 2019. It was passed by the House of Representatives that year, but was never brought to a vote in the Republican controlled Senate. It addresses the solvency of more than 100 multiemployer pension plans that have been in financial trouble since the Great Recession. 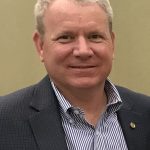 “Sen. Brown never gave up or turned his back on it,” Knisley said. “This reform was the number one thing he wanted to accomplish. He was the leader of this effort.”

While the aid is much needed and good enough for the time being, the $86 million earmarked for the plans is set to run out in just 30 years. With an aging workforce and fewer current workers contributing into these pension plans, the funding may not end up being enough to last the forecasted three-decade period.

However, in the short term, Sen. Brown is celebrating the funding, as it has been a years-long battle for him. The COVID-19 pandemic allowed Democrats to tie the pension funding to the relief bill, as it will stimulate the economy and help retired Americans survive.

A prepared statement from Sen. Brown’s office highlighted the short-term achievements and honored the working people for their sacrifices.

“Hundreds of thousands of Ohio retirees and workers can breathe easier knowing that the pensions they were promised will be there for them and their families,” Sen. Brown said. “After years of fighting alongside Ohio retirees, workers and small businesses, we finally have a solution that will not only protect these pensions but will stimulate our local economies and prevent a major bailout that would have cost taxpayers hundreds of billions of dollars if we did nothing.”