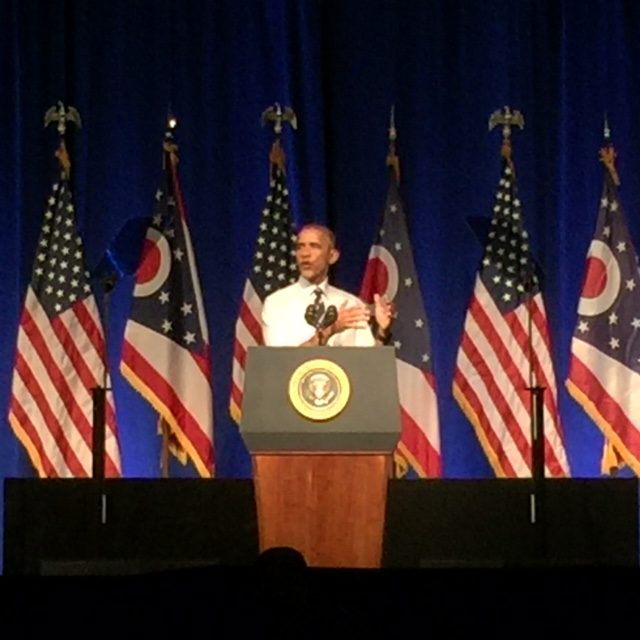 President Barack Obama was the dinner’s keynote speaker and told the audience that Republicans  have “been feeding their base all kinds of crazy for years.”

The dinner typically attracts more than 1,000 people, but party officials estimated about 2,000 people were in attendance to see Obama for what was his last stop in the state capital as president.