On day one of the annual conference, McGarvey spoke against the legislation, which was voted down in the U.S. Senate on March 26, calling it a shiny new object. Instead of legislation to eliminate building trades jobs in the energy sector, he urged for at least $1 trillion in infrastructure spending. 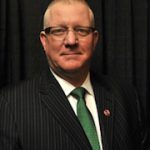 “What we need is a Real Deal that strengthens our economy, preferably by investing at least $1 trillion in infrastructure,” McGarvey said. “… If we invested in energy efficiency alone – just retrofitting public schools and industrial buildings – it would create millions of jobs and would prioritize communities and promote the middle class.”

House Speaker Nancy Pelosi also addressed the conference and talked about the need to find a compromise on the Green New Deal, which among other things calls for the elimination of all fossil fuels and nuclear power, retrofitting all buildings in the U.S to be energy efficient and single-payer universal healthcare coverage. 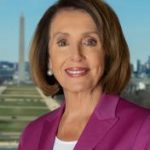 Pelosi stressed it was possible to find common ground and reminded delegates that in her first stint as Speaker, from 2007-2011, she worked with labor and environmentalists to create legislation addressing climate change.

“America’s middle class has a union label on it,” Pelosi said.

She added she believes the country needs to spend at least $1 trillion on infrastructure and the point of any type of “Green New Deal” should be to create jobs.