Current General Secretary-Treasurer Gregory T. Revard was appointed by the union’s General Executive Board to replace McCourt as the International’s new general president. 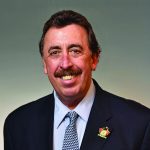 Prior to becoming General President, McCourt spent 14 years as the General Secretary-Treasurer and served as International Vice President of the New York-New England States Conference. On the Local level, he was a business agent before being voted business manager of Local 6 in Boston.

During his time as General President, McCourt pushed efforts to grow the union. He focused on the need to organize both non-union insulators and signatory contractors. Additionally, he was a strong advocate for the registered apprenticeship system and for Locals to recruit more apprentices.

“I can’t thank General President Emeritus McCourt enough for his great leadership, honesty and integrity,” said Revard. “It has been a pleasure to serve as his General Secretary-Treasurer, and to learn from someone who became such a trusted friend.”

The General Executive Board bestowed the honor of General President Emeritus on McCourt. 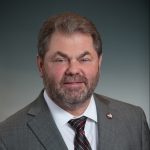 Revard, a U.S. Navy veteran, has been an HFIAW member for 38 years. He previously served as the General Secretary-Treasurer, International Director of Organizing, Central States International Vice President and was the Business Manager of HFIAW Local 47 in Grand Rapids, Mich. He also spent time as a member of his Local’s Executive Board, was a JATC trustee and asbestos abatement instructor.

His involvement extended past the Local, as he served as President of the Central States Conference and as an Executive Board member for the Michigan State Building and Construction Trades Council.

He plans to build upon the initiatives stressed by McCourt, as he wants to focus energy and resources to better the union through organizing (both adding members and growing market share), education and training.

Working alongside Revard will be Gamble, who is also a second-generation Insulator. 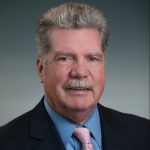 Gamble served on his Local’s Executive Board for a number of years and was the Apprenticeship Coordinator. In 1989, he was elected Business Manager of HFIAW Local 7 in Seattle and was appointed the first International Organizing Director in June 1999. Four years later, he was appointed Western States Conference International Vice President.

“I thank the entire General Executive Board for electing me to the position of General Secretary Treasurer,” Gamble said. “I am very humbled and honored to accept this position and am dedicated to executing the duties of the office. I love this trade and I love the people I work with. I look forward to the challenges of the future.”