Have you heard the March appearance of Dorsey Hager, Executive Secretary-Treasurer of the Columbus/Central Ohio Building and Construction Trades Council, on America’s Workforce Radio?

During his monthly appearance on AWF, host Ed “Flash” Ferenc and Hager discussed a recent labor meeting at the White House, the Columbus building boom and a new program that helps local residents secure good-paying jobs.

Columbus is a rapidly growing city — it was the only Midwest city to make the Census Bureau’s list of the 15th fastest growing cities in the country. All this growth means plenty of construction work in central Ohio.

The Columbus building boom is creating a lot of jobs for union construction workers.

Hager discussed a meeting between President Biden and labor leaders who represent the building trades. By all accounts, the meeting was a success. The leaders had productive talks regarding the infrastructure bill, which will create hundreds of thousands of good paying jobs across the country, if passed. The leaders also discussed growing registered building trades apprenticeship programs as a way to help ease student debt and provide good paying union jobs for Americans.

Hager also talked with Ferenc about the Columbus Innovation District — a $1.5 billion investment that is expected to yield $3 billion in economic impact in the coming years. Construction recently began on four of the projects. The district will eventually include a proton therapy facility for cancer treatment and research. 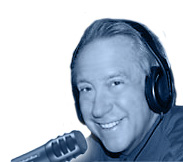 The conversation then turned to the C/COBCTC’s efforts to place people in good paying union jobs. Hager spoke with Columbus Mayor Andrew Ginther about job creation for those who have been laid off due to the COVID-19 pandemic.

The Building Trades will team up with a number of groups in central Ohio to create a six- to eight-week job readiness program to teach financial literacy, interview skills and math. Its goal is to help residents secure good paying union jobs.

This program will be different from the award winning Building Futures program and its sister program, Driving Futures.