On his monthly appearance on the America’s Workforce Union Podcast, Dorsey Hager, the Executive Secretary-Treasurer of the Columbus/Central Ohio Building and Construction Trades Council, talked about the November election and its implications for union members in central Ohio.

At least in Columbus and the central Ohio area, Democrats and unions had a great election night, as many of the candidates endorsed by the C/COBCTC won their races, Hager said.

Voter turnout was low, but support of union candidates remained high, which proves the door knocking by union members was successful and had a positive influence on the election, Hager added.

Columbus construction boom is good news for the trades 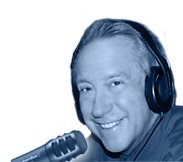 Hager also discussed the groundbreaking of the AmGen plant — a large pharmaceutical plant in New Albany — which he planned to attend that afternoon. The plant is projected to cost in the range of $225 million to $300 million, but there has been talk that figure could grow to as much as $800 million. The plant generates great work opportunities for building trades members, as well as apprenticeships and pre-apprenticeship programs like Building Futures.

The current construction boom in Columbus is an exciting time, with companies like Amazon, Facebook and Google reinvesting in the community through the construction of several data centers campuses, Hager said. Construction is currently on pace to break last year’s record, and things look even better for 2022.

As a result, apprenticeships are growing, and many central Ohio high schools are getting on board and encouraging students to consider the trades, Hager said. Students understand they can earn quality wages and excellent benefits. Hager described a recent apprenticeship fair he attended that had more than 3,000 excited high school and vocational students who wanted to learn about careers in the trades.

Listen to the entire interview.