For most Americans, including members of the building trades, the rising cost of healthcare is a major concern. 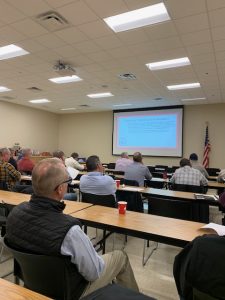 Rising rates for health insurance have continued to eat away at building trades members paychecks. Despite many Local unions earning pay raises, the cost of healthcare plays a prominent role during the collective bargaining process.

Through this process, Local unions, through their Health and Welfare funds, have been able to provide their members with excellent full-family medical insurance, which often times, is better than the health insurance offered by many non-union construction contractors.

Building Trades Council leaders and individual building trades unions leaders from throughout Ohio, including Columbus/Central Ohio Building and Construction Trades Council Executive Secretary-Treasurer Dorsey Hager, took part in a healthcare summit presented by Tim Barhorst, who has worked as a consultant in the healthcare field for 28 years. 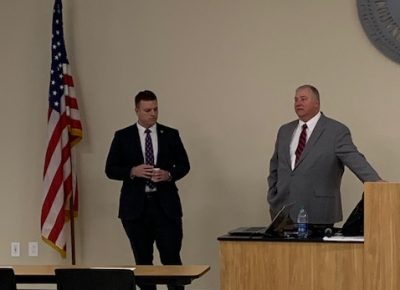 Majority Whip Rep. Jay Edwards (left) and Rep. Larry Householder, Speaker of the Ohio House of Representatives (i both addressed attendees at the healthcare summit.

Barhorst provided a historical overview of the healthcare industry, discussed the state of the industry and where healthcare is headed in the future.

He explained potential avenues for Local unions to take in order to lower their healthcare costs.

“Tim’s compassion for union members shined through in his healthcare summit,” said Hager. “Participants heard ideas and were given knowledge they could take back to their home Locals and use to save money for their funds.”

“Speaker Householder and Rep. Edwards gave their time to not only talk about healthcare, but other issues at the statehouse affecting working men and women of Ohio,” Hager said. “The Ohio State Building Trades is proud to have friends like Speaker Householder and Rep. Edwards, who advocate every day for building trades members and their families.”