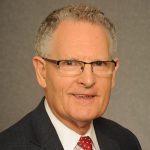 James A. Hadel has been named International President of the United Union of Roofers, Waterproofers and Allied Workers.

He assumed the position when his predecessor Kinsey M. Robinson retired Jan. 8.

In 1985, Robinson was unanimously elected International Secretary-Treasurer and then re-elected four times consecutively.

As International President, he focused on organizing, market development and labor/management relations. In announcing his retirement, Robinson said he was excited to pass the torch.

“After 55 years of membership and being afforded the unique privilege of serving in the capacity of a general officer for 37 years, it is now time to turn the reins of power over to a younger generation of leaders,” said Robinson, in a prepared statement. “Change is positive and necessary in order for new ideas and strategies to emerge so that our union may continue to grow and prosper.” 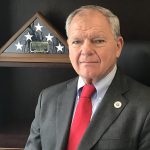 James A. Hadel is the new International President of the United Union of Roofers, Waterproofers and Allied Workers.

Hadel was elected an International Vice President in 1998 and assumed the position of International Director of Organizing in 2004. 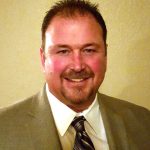 Mitch Terhaar was named International Secretary-Treasurer of the United Union of Roofers, Waterproofers and Allied Workers.

Terhaar began his roofing career as an apprentice with his father’s roofing company in 1978. He joined Local 6, which merged with Local 11 Chicago in the 1980s.  He was named Local 11 organizer in 1993. Twelve years later, Terhaar became a business representative and apprenticeship trustee for the Local.

In 2015, he was appointed International Representative. He became Assistant to the International President in 2018, where he worked as Director of Jurisdiction and Special Agreements.

The United Union of Roofers, Waterproofers and Allied Workers represents roughly 25,000 members working throughout the U.S. in the industrial and commercial sectors.