Dorans received the support of all six votes of council to fill the unexpired term of former Councilman Michael Stinziano, who resigned in late February in anticipation of being sworn in as the next Franklin County auditor. 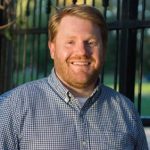 “Columbus is a growing and dynamic city,” said Dorans. “As our community continues to grow, I believe it’s important to have a voice for workers help shape that growth. That is why I decided to peruse this vacancy.”

Columbus City Council is a part-time position, where all members serve at-large, which allows them to represent all residents. Since the position is part-time, Dorans will be able to continue his work at ACT Ohio.

In his current position with ACT Ohio, Dorans heads up the Legal and Research Department, which is a resource for business managers, agents and organizers. He works to help address a wide array of needs including business development opportunities, safeguarding Prevailing Wage, ensuring public entities comply with competitive bid law, investigate wage fraud and providing building trades unions with in-house legal services. Through his job, he has helped put building trades members to work.

The selection of Dorans, who is a second-generation IBEW member, is important for the building trades, helping to give them and their issues a voice in Ohio’s most populated city.

“In Columbus we have many supporters of organized labor, but having someone that comes from labor itself helps to ensure that our interest supporting working people will always be at the forefront of public policy,” he said.

ACT Ohio Executive Director Matt Szollosi believes Dorans’ background in economic development, will further help Columbus.
“Rob has a firm understanding of all issues related to the construction industry based on his work with ACT Ohio. His appointment to council will allow him to assist with key economic and industrial development opportunities for the city of Columbus,” said Szollosi. “Rob will do a great job and he’ll be an exceptional public servant.”

“I think it’s really important to have Rob on City Council because it gives us a voice, another advocate there,” said Dorsey Hager, Executive Secretary-Treasurer of the Columbus/Central Ohio Building and Construction Trades Council. “Having Rob on City Council is having someone who can speak from the heart, who is a union member.”

For Hager, the selection of Dorans will only help the relationship between the C/COBCTC and city.

“We have a great relationship will all the current council members,” Hager said. “The relationship right now is at an all-time high and I think this will keep the ball rolling. Having Rob there not only improves our relationship with the administration and city council, but the Democratic Party as a whole here in Franklin County.”

Being appointed to the seat was just the first step for Dorans though, as his term expires at the end of the year.
“I am treating the next 9 months as a job interview with the citizens of Columbus. Hopefully, they like the voice and priorities I bring to the table and elect me to a full term,” he said.

Dorans will run as part of a slate with soon-to-be fellow Democrat council members Shayla Favor, Elizabeth Brown and Emmanuel Remy against a slate of three candidates from a progressive wing of the Democratic Party called Yes We Can.