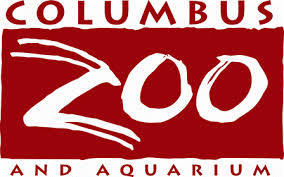 In November 2015, voters in Central Ohio approved a 10-year levy, which was endorsed by the Columbus/Central Ohio Building Trades, that will raise about $18.8 million a year for the maintenance of zoological park services and facilities for the Columbus Zoo.

Part of that amount will be dedicated to capital improvement projects, including expanding and renovating the zoo’s animal hospital, renovating the North America exhibit and updating the great-ape area.

Built more than 20 years ago when the zoo had 3,000 animals, the animal hospital is in desperate need of additional space. The zoo is currently home to 10,000 animals and more space and modern facilities are needed to ensure the animals get top quality care.

Plans are also in the works to modernize the North America area, which was created in 1984.

Work would expand the train ride, provide better viewing of the animals, and ultimately help the zoo add species such as mountain goats and timber wolves.

The great-ape area would be renovated to include more unobstructed views and create a larger indoor area.

Columbus/Central Ohio Building & Construction Trades Council Executive Secretary-Treasurer Dorsey Hager said the work will not all happen at the same time and will probably be staggered throughout the life of the levy.

He expects this work will create hundreds of jobs.