The City of Columbus signed a Community Benefits Agreement with the Columbus/Central Ohio Building and Construction Trades Council to turn a professional soccer stadium into a community sports complex.

On Dec. 5, Columbus Mayor Andrew J. Ginther announced the “repurposing” of Mapfre Stadium, current home of the Columbus Crew SC, into a public sports complex, with the construction work to be covered by the terms of a Community Benefits Agreement. 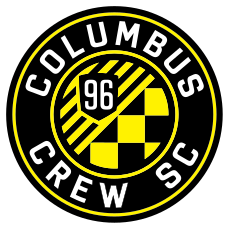 He estimated the repurposing of Mapfre Stadium into a public sports complex will cost between $20 million and $30 million, which include moving the Crew’s practice facility to the site, once a new MLS stadium is built.

A day later, Ginther, Franklin County leaders and the potential new owners of the Crew SC professional soccer team announced plans for a new downtown soccer stadium at a site west of Huntington Park and the Arena District, right where the Olentangy and Scioto rivers meet.

The $230 million stadium will be the centerpiece of what is being called a new “Confluence Village,” a neighborhood of residential and office buildings.

Columbus/Central Ohio Building and Construction Trades Council Secretary-Treasurer Dorsey Hager confirmed a Community Benefits Agreement will be used on the public sports complex, but said no agreement, as of Dec. 6, had been finalized for the new downtown stadium construction.

He praised the effort to keep the Crew in Columbus.

“It’s incredibly important to keep the Crew in Columbus,” said Hager. “We were one of the first MLS franchises and the city to have its own specific MLS soccer stadium. This was a grassroots effort started by a loyal fan base to save our team, one that has never been witnessed before.”

Due to the tight timeline to put the project together, exact construction costs and project manpower were not immediately available.