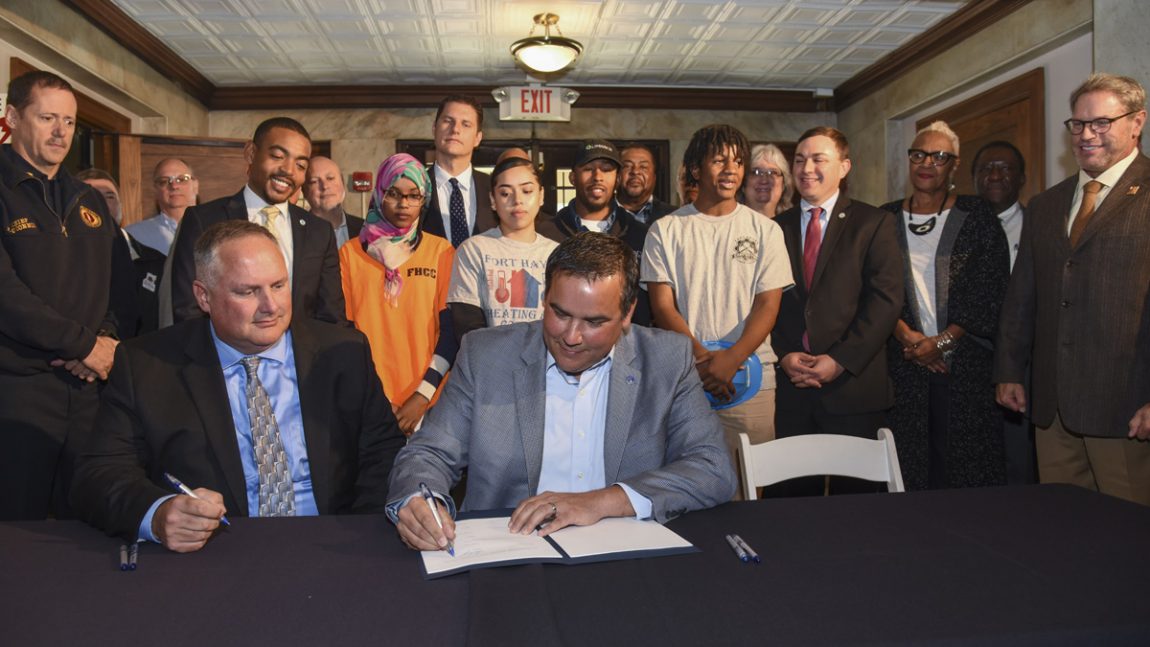 The Columbus Fire Station No. 35 project is relatively small, but its significance makes it one of the most important to break ground this year for the Columbus/Central Ohio Building and Construction Trades Council.

On Oct. 17, the first City of Columbus project to be built under a new Community Benefits Agreement broke ground.

“The CBA means that local workers will be working on this local project earning wages and benefits that will be spent here and kept in Columbus and Central Ohio,” said Dorsey Hager, Columbus/Central Ohio Building and Construction Trades Council Executive Secretary-Treasurer.

As part of the agreement, the C/COBCTC and its affiliated unions agreed to host a minimum of eight apprenticeship recruitment events in eight designated neighborhoods and help the advancement of minorities, women and low-income residents into the building trades.

The C/COBCTC has already hosted two apprenticeship recruitment events, with more scheduled for the future. The Columbus Building Futures program also has helped bring disadvantaged members of the community into the trades.

Initially expected to cost around $10.5 million, the price tag climbed to roughly $12 million due to additional city-desired safety features and an increase in material costs due to tariffs. The additional safety features also delayed the start of the project by several months.

“With the delays, we feel we must step up and complete this project safely, on time and under budget,” said Hager.

There is added importance on this project, as the city is considering using a similar Community Benefits Agreement to build a recreation center.

It is now up to the men and women of the C/COBCTC to show the city the advantages of using such an agreement. Nearly a year after the agreement was signed, work finally began on the project, which is scheduled to be completed by spring 2020.