Despite the threat of a lawsuit by the Associated Building Contractors, the Columbus City Council unanimously passed legislation on Sept. 21 to create a powerful new city commission to ensure businesses are not committing wage theft and payroll fraud.

Councilman Rob Dorans, who also works as Chief Legal Counsel for Affiliated Construction Trades (ACT) Ohio, was the chief architect of the ordinance. He pointed out the city has lost millions of dollars in taxes from wage theft and the misclassification of employees as independent contractors.

More importantly than the city losing money though, Dorans said the ordinance will ensure the men and women of Columbus receive the wages they rightly earned. 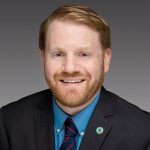 “Regardless of someone’s zip code, race or sexual orientation, workers in our community deserve a fair day’s wage for a fair day’s work,” said Dorans.

Despite the booming growth in Columbus, Dorans said many residents are not enjoying economic prosperity.

“Unfortunately, too many in our community have been taken advantage of by companies seeking to cut corners to improve their bottom line,” he added.

The legislation will create a committee that will be responsible for reviewing the use of independent contractors on city contracts and construction sites covered by incentive agreements. Contractors will provide the city with information to confirm the workers are properly classified.

The ordinance only addresses wage theft issues related to city contracts, projects and economic incentive packages. It does not address wage theft or worker misclassification in the private sector, which is common in the construction industry.

“Many of (our) representatives and organizers visit jobsites throughout the city and are constantly approached by many of these workers, who are Columbus residents,” he said. “Many do not have the financial resources to defend themselves … (they) are being taken advantage of by unscrupulous contractors.