Gelsinger: Full speed ahead in Ohio

Following the passage of the Creating Helpful Incentives to Produce Semiconductors (CHIPS) and Science Act, Intel announced it is moving forward with all phases of its quest to build a semiconductor plant campus in Central Ohio.

President Joe Biden signed the CHIPS Act into law during an Aug. 9 event in the White House Rose Garden, which was attended by dignitaries and various union leaders including Mike Knisley, Secretary-Treasurer of the Ohio State Building and Construction Trades Council, and Tim Burga, Ohio AFL-CIO President. 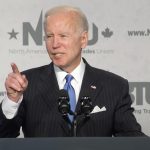 “Today is a day for builders,” Biden said. “I…believe that 50, 75, 100 years from now there are people who will look back on this week and know that we met this moment (with) a once-in-a-generation investment in America itself.”

During the signing ceremony, the President referenced Intel’s plans in New Albany, calling the site a “field of dreams,” where America’s future will be built.

“We need to make these chips here in America to bring down everyday costs and create jobs,” Biden added.

Passage of the bill by Congress came after multiple delays and the urging of multiple semiconductor manufacturers who are building, or plan to build plants in the U.S.It provides financial incentives in the form of income tax credits for semiconductor manufacturers to build plants in America and help alleviate the nation’s chip shortage. Manufacturers will receive the tax credit for the equipment or facility investment through 2026.

The legislation was viewed as crucial by Intel, who plans to build a semiconductor plant campus in Licking County. When complete, the project will be the largest construction project in Ohio history.

Intel CEO Pat Gelsinger praised the action by Congress and the passage of the legislation.

“I congratulate Congress on voting to approve funding for the CHIPS Act,” he said. “This is a critical step to support the entire U.S. semiconductor industry and to help ensure continued American leadership in semiconductor manufacturing and R&D. Congress has done its part, and now we are going to do ours. I’m excited to put shovels in the ground as Intel moves full speed ahead to start building in Ohio.” 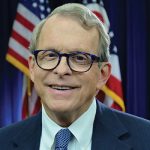 Ohio Gov. Mike DeWine called the vote transformative.With semiconductor chips made in Ohio by Ohioans, we’ll add tens of thousands of new direct and indirect jobs, and when other companies are looking to grow, they’ll look to Ohio because there is no better place to live, work, and raise a family,” DeWine said in a prepared statement.

Lt. Gov. Jon Husted added that the passage of the CHIPS Act is important to national and economic security because almost everything depends on chips to process or store information.

“For Ohio, this puts us one step closer to achieving the aspiration of becoming the ‘Silicon Heartland’ resulting in a brand-new industry and supply chain in our state creating tens of thousands of high-paying careers,” he said in a prepared statement.

Columbus/Central Ohio Building and Construction Trades Council Executive Secretary-Treasurer Dorsey Hager said based on new estimates he is now expecting the need for more manpower at the New Albany site – an increase of upwards of 3,000 tradesmen and tradeswomen.

“I believe passage may have sped up the schedule,” he said. “We’re looking at the potential of 10,000 workers at the height of Phase I.”

In June, Intel postponed a July 22 groundbreaking ceremony in response to Congressional inaction on the bill. They also indicated that future phases of the project were in jeopardy, stating future work could move to Europe. This did not impact the sitework currently underway, which includes construction of two fabs (manufacturing plants) at a cost of $20 billion.

It is estimated that should Intel complete its entire plan, the total cost would reach $100 billion, while creating thousands of additional jobs for members of the building trades.With the legislation now passed, planning is back on track.

Passage was also needed to help alleviate the nation’s semiconductor shortage, as Hager pointed out Intel and other chip makers were relying on federal subsidies as they race to build facilities throughout the U.S.

“I was pushing extremely hard for passage,” Hager said. “I was getting communications and updates morning, noon and night.”

Hager’s persistence, along with the sense of urgency from a bipartisan group of lawmakers paid off after more than a year of waiting. Dating back to 2021, the legislation has appeared in several different forms. According to WCMH-TV (NBC 4) the bill was introduced as part of the United States Innovation and Competition Act of 2021, then stripped out as its own piece of legislation in hopes of finding better bipartisan support. In late July, it was added to H.R. 4346, acting as an unrelated “legislative vehicle.”

While the legislation enjoyed broad bipartisan support in the Senate, it received full Democrat support in the House, along with 24 Republicans. All but four of Ohio’s elected officials supported the bill. House members Brad Wenstrup (R-Cincinnati), Jim Jordan (R-Urbana), Robert Latta (R-Bowling Green) and Warren Davidson (R-Sidney) cast no votes.