House Republicans selected a building trades ally as the new Speaker of the Ohio House of Representatives. 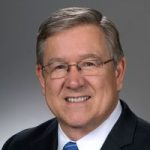 Bob Cupp, Speaker of the Ohio House of Representatives

Cupp, 69, then received a majority of votes, 55-38, to officially become Speaker.

The Lima News reported Cupp is the first Speaker of the House to come out of Allen County. He grew up on a farm in rural Allen County and spent years as a county commissioner. At the state level, he served four terms as a state senator, and from 2007 through 2012 was an Ohio Supreme Court Justice. He is running unopposed in Nov-ember and will be forced out of office in 2022 due to term limits.

“I’m optimistic about Speaker Cupp’s leadership,” said Columbus/Central Ohio Building and Construction Trades Council Executive Secretary-Treasurer. “While he may not be as well known to myself and the other business managers and business agents in Central Ohio, our union leaders in his home district have a relationship with him.

“Speaker Cupp has toured many of the training facilities in his home district and understands the role our Building Trains unions and our programs play in the State of Ohio,” Hager added.

“Speaker Bob Cupp has a wealth of experience at all levels of government and has considerable knowledge of the construction industry. 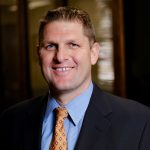 He has received our endorsement several times,” Szollosi said. “Bob is a man of integrity and is very approachable. I look forward to his leadership in the House.”

As leader of the State House, Cupp will have considerable influence over what proposed legislation merits committee discussion. This will likely include bills that attempt to limit Prevailing Wage, support making Ohio a So-Called “Right to Work” state or other efforts to hinder the union construction industry.

Szollosi, however, does not anticipate such efforts will gain much traction in the state legislature. Further, with the November General Election less than three months away, it is unlikely any anti-union legislation would make it to the State House floor for a vote prior to Election Day.