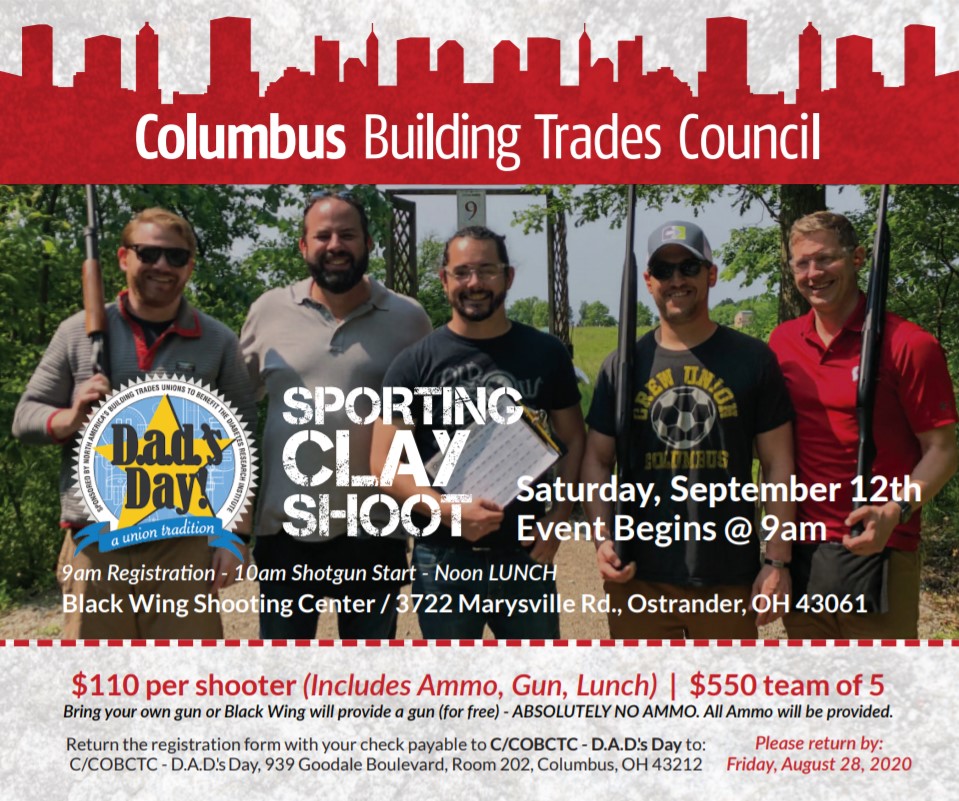 Normally, the event is held in early June to benefit diabetes research, but due to coronavirus restrictions, a decision was made to hold the shoot later in the one.

Dorsey Hager, Columbus/Central Ohio Building and Construction Trades Council Executive Secretary-Treasurer and event organizer, was disappointed the event had to be moved, but is hopeful event attendance will continue to increase.

“Due to the uncertainty of the near future, we have rescheduled the D.A.D.’s Day clay shoot to Sept. 12,” he said. “This additional time will allow more opportunity to promote the event and hopefully get greater participation.”

The C/COBCTC is also looking for D.A.D.’s Day sponsors as well.

According to the Centers for Disease Control (CDC) National Diabetes Statistics Report for 2014, reported cases of diabetes have increased nearly 13 percent over the past four years. They estimate 29.1 million people, or 9.3 percent of the U.S. population, has diabetes, including 8.1 million people who have the disease, but have not yet been diagnosed.